From Atlanta to Sioux Falls, couple with global history chooses S.D. after lots of research

Brian and Katherine Robinson began their move from Atlanta with this question: “Where do we not want to live?”

The couple, who’d spent 12 years overseas before moving back to the U.S., had found “Atlanta had gotten so big and had changed so much,” Brian said. “We thought about living overseas, but with COVID and the uncertainty, the U.S. is probably best for us. So we first blacked out all the areas we didn’t want to live.”

That left a large open space in the middle of the country, from Idaho to South Dakota. The Robinsons began their research from there. 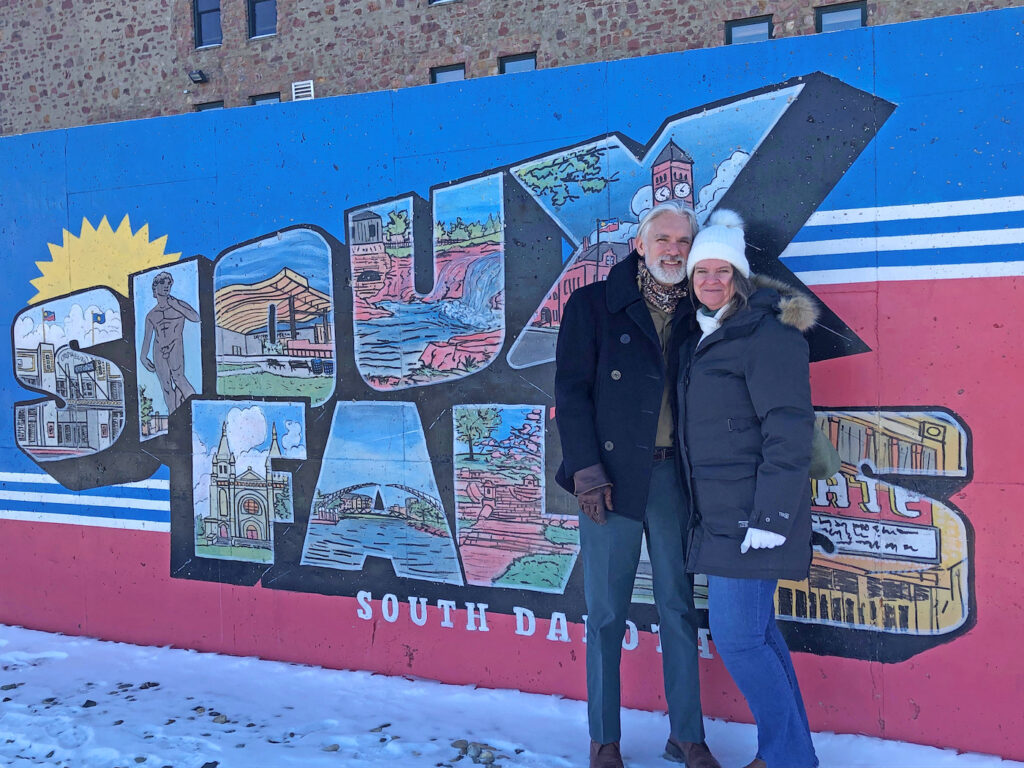 “Sioux Falls has a lot of good information about it online, there’s a lot of good vibe online about Sioux Falls, so we did a drive,” Brian said. “We came to Sioux Falls in August of last year and then went to Wyoming and Colorado to do a comparison.”

The more they thought about it, the move became clear.

“Sioux Falls is great because it’s big enough but not too big,” he said. “It’s a regional hub, so it has a lot of things a larger city would normally have but a city of 200,000 wouldn’t have. It has changing diversity, it’s growing, the economy is good, and people you talk to are really excited to be in Sioux Falls, so there’s a community aspect.”

They liked that it wasn’t a part of the country where they’d spent much time, “so for us it was another adventure,” Katherine said. “It came down to the in-person visits. We spent time downtown. It’s a very vibrant, exciting, warm, welcoming place, and I think that really did it for us. Being downtown, sitting at the Carpenter Bar, having a drink outside, it just felt really nice and hit a chord.” 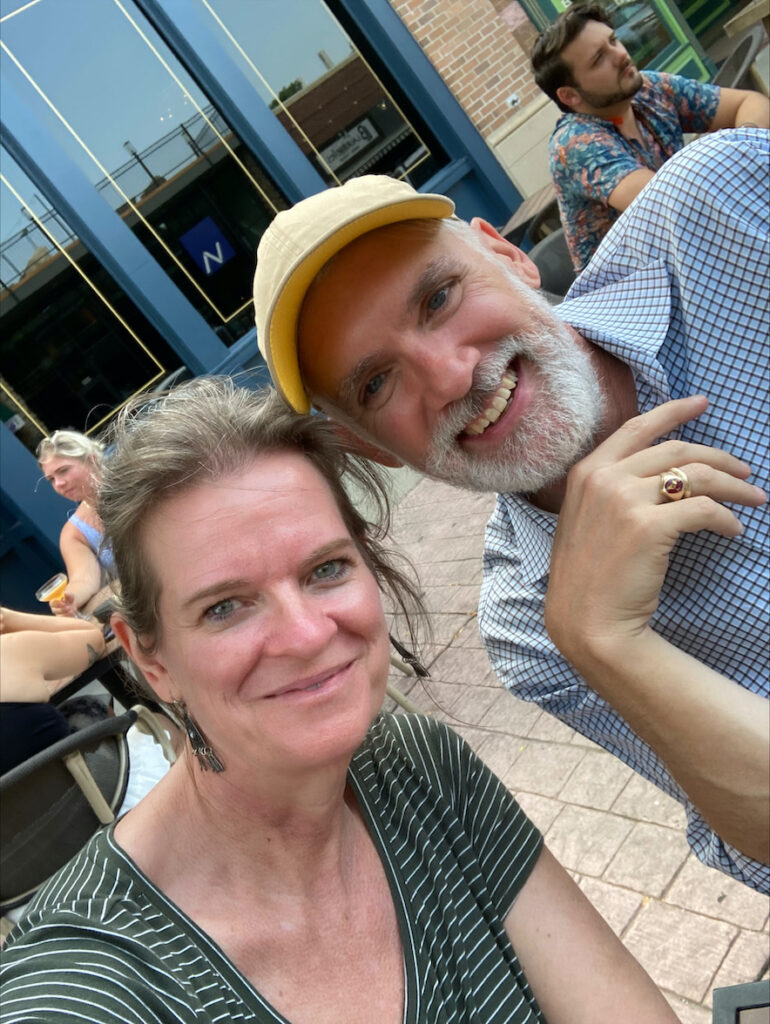 The Robinsons are able to do their work from largely anywhere. Katherine has spent a career in public health and works for the Centers for Disease Control and Prevention. Brian’s retired from a diplomatic career in 2019 that took him to multiple continents. He now does health coaching and runs an online business sourcing and selling vintage clothing and decor.

“COVID allowed us a good solid number of months to soul search and figure out what’s important,” Katherine said. “We’re both in our early 50s, and as we enter this new phase, what is important and what do we really want? We don’t want the hustle and bustle of a big city and traffic. It was really about community and getting back to just living and being happy.”

They moved to Sioux Falls in January.

“We grew up in the South and did all our service overseas in the tropics or subtropics, so we never lived anywhere cold,” he said. “I don’t prefer the heat anyway, so to come here and have it chilly and cold, I kind of like it. It makes you think about weather in a different way. We check the weather every day and never did before, and it puts you more in touch with the natural environment because it has a larger impact on you day to day.”

They found a home in the McKennan Park neighborhood, which appealed to Brian’s affinity for historic preservation, and enjoy walking their neighborhood, visiting the park and frequenting nearby downtown restaurants. 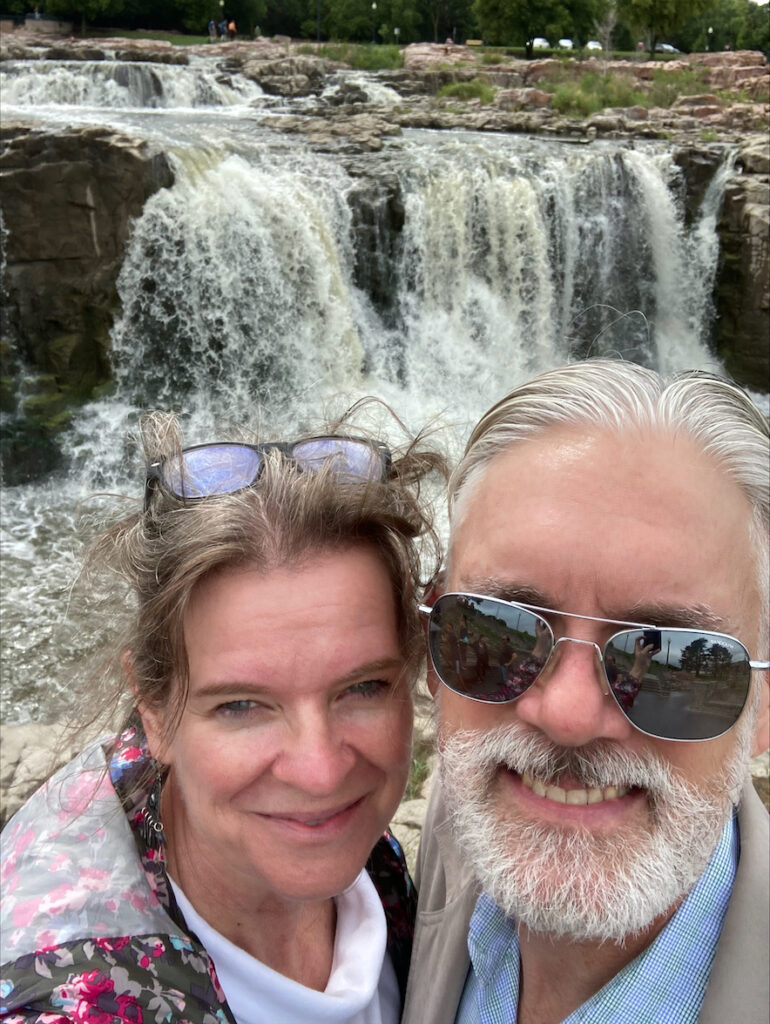 “We arrived during the Downtown Burger Battle, and we’re health coaches, so it’s probably not wise to have a burger every day, but we did have a chance to try a few of them,” Katherine said. “I realize it was a light winter, but we were prepared. If you’ve got the right equipment and clothing and attitude, you can live anywhere.”

Brian has joined the Founders Club of Startup Sioux Falls to connect with other entrepreneurs, and they’re both finding it easy to travel for work.

“The airport is great,” he said. “It’s a fantasy to leave your house and be at the gate in 20 minutes.”

The Robinsons are a perfect example of the many demographics of people being drawn to Sioux Falls, said Denise Guzzetta, vice president of talent and workforce development at the Sioux Falls Development Foundation.

“We are just thrilled to have them here and that they’re already becoming connected to the community,” she said. “We are seeing more remote workers at all career stages realize how convenient and enjoyable it is to work from their new home in Sioux Falls.” 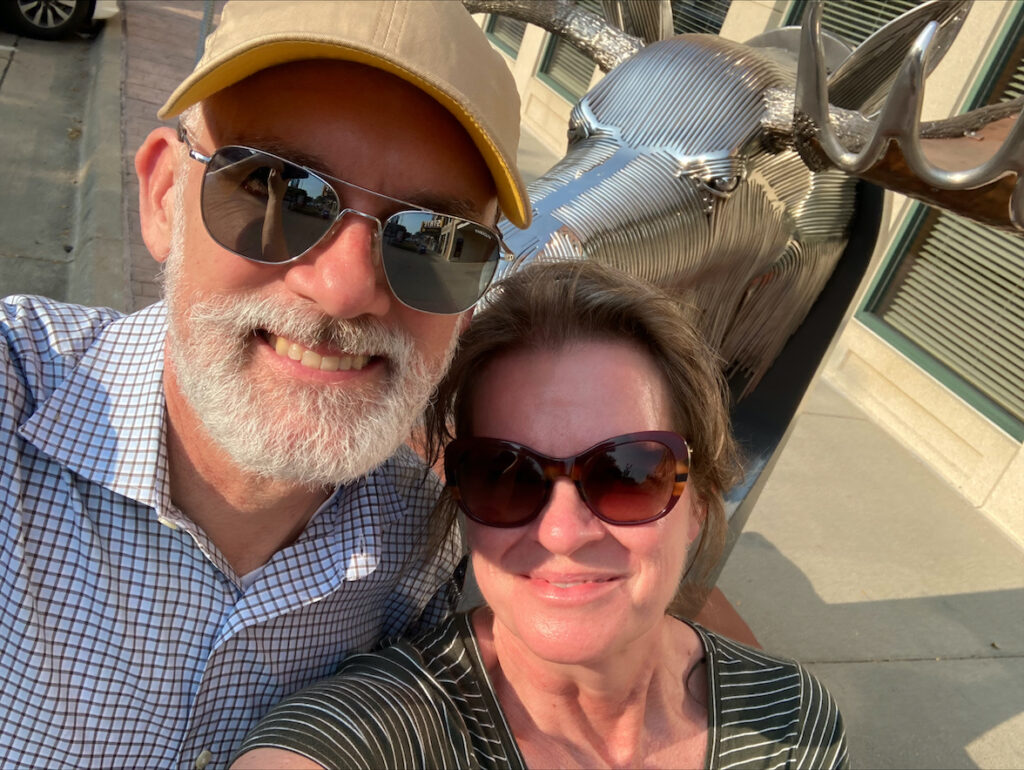 For the Robinsons, Sioux Falls has provided a warm welcome and multiple reasons to look forward to their future here.

“People are super friendly and very welcoming, and the amount of arts in the city is really refreshing and nice,” Katherine said. “I love the sculptures and the murals, the Washington Pavilion always has a million things going on, and I love that there’s a lot of outreach to the community and the youth.”

They also enjoy discovering “all the shops and small businesses being opened by recent immigrants,” Brian added. “That’s really exciting. When you think about it, few people in South Dakota have been here that long, so many of us are coming from the same background and moving in.”