Nick Kolb and Sidney Stone agreed: It was time to leave Virginia.

“The cost of living, congestion, traffic, it’s all outrageous,” said Kolb, 29, who was working as an assistant to a dispatcher at UPS balancing delivery routes at the time.

“The weather’s gross too,” added Stone, 27, who began her career as a patient access technician in a hospital and then became a supervisor at UPS. “I cannot put enough emphasis on how terrible it is to step out at 6 a.m. and not breathe because the air is so thick with humidity.”

While they both worked at UPS, they didn’t meet there. That happened thanks to some matchmaking on the part of Stone’s mother, who met Kolb through the fitness center where she worked.

“We both thought something needed to change,” Kolb said. “We hadn’t taken a trip together, and we like to be outdoors kayaking and hiking, so we wanted to go somewhere outdoorsy but not a hot attraction, so I said you’ve got the Black Hills and Mount Rushmore.” 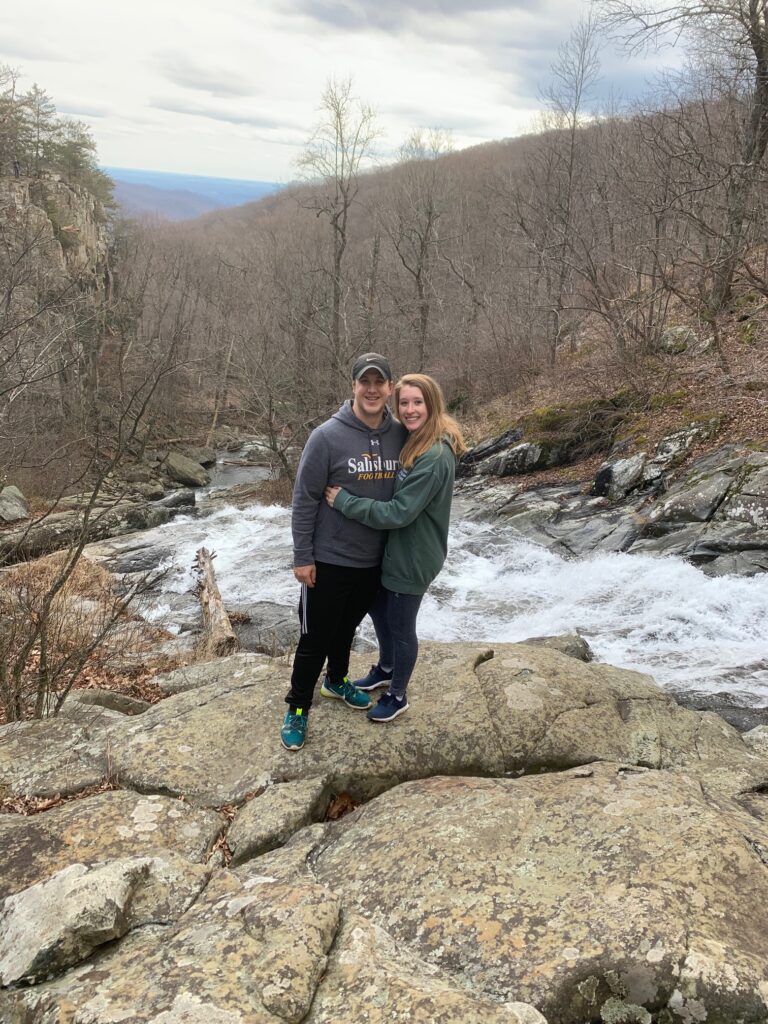 He was familiar with this part of the country because his dad grew up in Minnesota. And even though the couple was traveling to western South Dakota, the best option was to fly into Sioux Falls and rent a car.

“So I started getting all these ads about Sioux Falls,” Kolb said.

He began reading about the city, its rankings for quality of life and career opportunities, “and I started throwing hints about South Dakota,” he said. “The cost of living is way cheaper. I figured she probably wouldn’t consider it, but since we were going out there anyway, I thought we should see what it has to offer.”

Stone was on board.

“So we decided to take one day of our vacation and drive around Sioux Falls and get a feel for the town and go downtown,” he said. “I had reservations about her liking it, but she really enjoyed it.”

“And I was very skeptical at first from living on the East Coast,” she said. “But it just felt like home immediately. I can’t really put my finger on it, but there was so much to do and so much that interested us.”

While they headed to the Black Hills for their vacation, Kolb did some online searching and decided to send his resume in for an opening at Howe Inc.

“Within a week, they’d reached out and said they liked my resume and they knew I was in Virginia but would I ever come to Sioux Falls?” he said. “And I said it’s funny you’d ask that because I’m in South Dakota right now.” 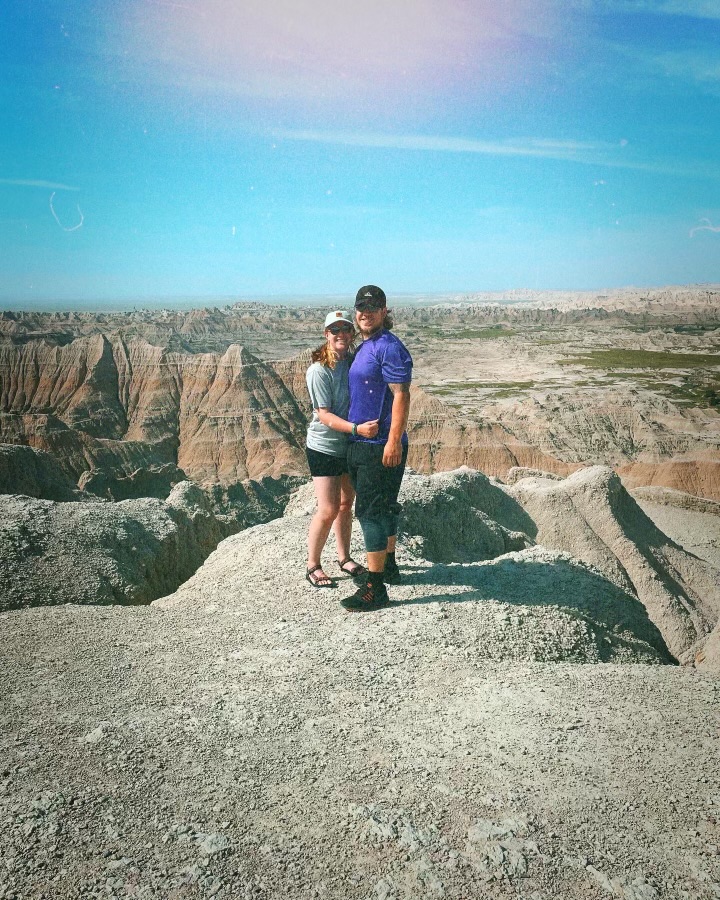 They woke up at 3 a.m. and drove east across the state so he could make the job interview.

“And I woke up the following day with a job offer,” Kolb said. “I looked at Sidney said, ‘We can’t turn this down.’ And she said, ‘Let’s do it.’ So I accepted the offer, and a month later we moved out here in August of 2021.”

He’s now a commercial HVAC installer for Howe, which has helped him with on-the-job training and saw how his process skills from UPS translated to his new role.

“I love it,” he said. “The big change for me was I was used to a very repetitive workday, and now in commercial HVAC, every day is something different, and I look forward to it. I’m going into different businesses all around town and even out of state.”

Stone immediately began finding jobs too, first working in inside sales and then in human resources. She’s now a senior HR manager at Fleet Farm. 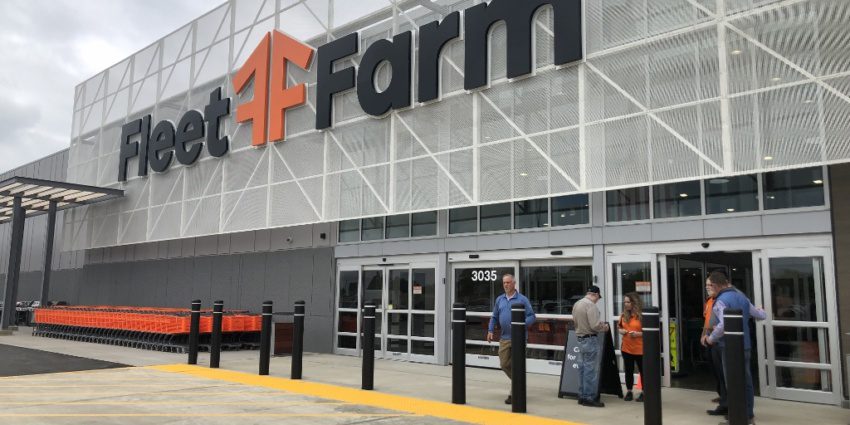 “I love Fleet Farm,” she said. “They gave me a really big opportunity, and they haven’t made me feel like it’s too much on my plate. I have my director’s ear whenever I need it, and when I have important questions, she’s always there for me. Having your boss actually be there, even if it’s virtual, to talk you through things is something I value so much. I love what I do and love the people I work with.”

The couple’s experience is a great example of the career opportunities and lifestyle early-career professionals find in Sioux Falls, said Denise Guzzetta, vice president of talent and workforce development for the Sioux Falls Development Foundation.

“This couple came to Sioux Falls with skills and early work experience, and Sioux Falls has delivered fantastic professional growth and mentoring,” she said. “They’re both going to be able to build their careers and professional networks here for years to come.”

Outside of work, “we’re big foodies, and we’ve discovered Sioux Falls has a great food scene,” Stone said. “And we’ve done The District, which was cool and reminded us of one of the venues in Washington, D.C.” 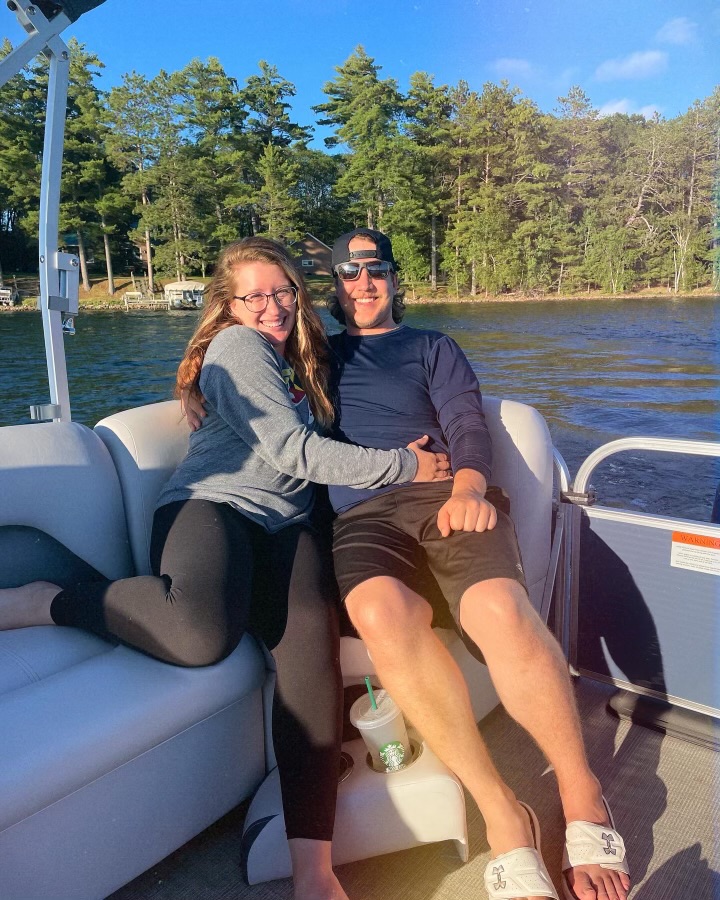 “We’ve already gotten a group of friends,” Stone said. “You don’t create friend groups that quickly on the East Coast. It’s just not a cultural norm.”

The same has been true professionally, she added.

“There’s such a great HR community here. In Virginia, the groups felt very exclusive, and here I’ve already joined two HR groups, and I didn’t think I would be able to get a foothold that quickly,” she said. “It’s only been a year, and it’s been a whirlwind. It’s amazing we were able to get this chance just by moving here.”